"Every great dream begins with a dreamer. Always remember, you have within you the strength, the patience, and the passion to reach for the stars and change the world."


-Harriet Tubman﻿
Posted by Windy Aphayrath at 7:00 AM 5 comments:

Email ThisBlogThis!Share to TwitterShare to FacebookShare to Pinterest
Labels: Changes, Dreams, Quote of the Week

And now, it's Thursday.

We're on the road. Have been for a few hours now. I'm not sure where we're at right at this moment, but I decided that I'm going to make an adventure out of this.

One can never be sure just how much writerly fodder you can get while on road trips and people watching and always trying to ensure you capture each and every valuable moment ... I've decided I'm live tweeting this whole trip. Well, most of it anyway.

I might skip on a few things tomorrow morning, and my blog post tomorrow will explain why.

Catch my updates on #APirateTrip on Twitter. You'll get to see just how fun it is to go on a road trip with 3 kids under 7 in a strategically Tetris-packed Honda Pilot.


*If you're wondering about the "A Pirate" part ... soften the "t" in the middle and toss a "th" at the end of that and that's how you pronounce my last name!
Posted by Windy Aphayrath at 6:00 AM 2 comments:

Yeah, it's probably because I'm prescheduling and trying to catch up on my bloggerliness.

I really am trying to get back into the writerly groove, like I said yesterday. I miss everyone and the interaction and how you guys just let me air my random thoughts and catching up with what everyone else has been up to and yeah. That was a horrible run on sentence, please forgive me.

Anyway, today is Wednesday and I'm actually not sure if I'm working. Because it's only Tuesday early morning as I write this.
I actually need to be packing right now. For the family trip to California AND for my trip to Baltimore next week. I'm not going to have time when we get back from CA to pack for the work trip, so I'm trying to be efficient. Hopefully it pans out.

As for CA, I have to pack for myself, Husband, 6yo, 3yo, and the bubs - who is currently 5 1/2 months old. That includes clothes, toys, toiletries, diapers, stroller, car seats, snacks ... oh, and my dad has just informed me that he'd like us to also include the 5-day cooler packed with a bunch of frozen items he'd like to take to his brother.

And somehow, this is all supposed to fit in the car?

Good thing I enjoy a good game of Tetris. Wish me luck!
Posted by Windy Aphayrath at 7:00 AM 3 comments:

There is such a thing.

I hope people realize that it is real and not just one of those cliche things that people say.

I bring this up because today is technically my Friday from day job. I'm supposed to be off after today, but we'll see if this really pans out: I still have SO MUCH work that needs to be done before I'm off.

You see, I'm heading out to California for some family business and won't be back in town until Sunday night. Then first thing Monday morning, I leave for another business trip, this one taking me to Baltimore for all day meetings for nearly a week. I won't be back until late Thursday night. The day before Husband's big 30th birthday, which I've also got scheduled off. So basically, all work that is due between now and the end of March has to be done TODAY!

Plus, I've been trying to lay out my plans to get myself back into the writing groove, with a couple new projects tugging at me for attention.

And yesterday, in my uber-day-job-productivty, something happened to tell me that I've been running too much over the past several days:

My good (not!) friend, Migraine, decided to stop in for a brief visit last night. Just long enough to knock me off my feet for several hours and keep me from working after I got home last night.

So just a reminder to all those out there who feel that pressure of working (whatever you may be working on) too hard, too long, too much ... really, it's okay to take a few minutes and have a break. It's way better than to end up out of commission and lose hours.

Luckily, I'm up, rested and refreshed today, so here's to some uber-productivity and NO visits from any not-so-good friends!

Happy Tuesday everyone!
Posted by Windy Aphayrath at 10:00 AM 4 comments:

It's been a while since I've had any sort of consistency on the blog, but I'm working on it! So because I'm sure you've all totally missed my random musings and quotes, I thought we'd start that back up this week.

"If you want to succeed you should strike out on new paths, rather than travel the worn paths of accepted success."


-John D. Rockefeller
Posted by Windy Aphayrath at 9:00 AM 4 comments:

Email ThisBlogThis!Share to TwitterShare to FacebookShare to Pinterest
Labels: Quote of the Week, success

1) Spring is coming and we've been doing some major cleaning out of stuff at our house. Starting with closets! Seriously, we do NOT need all the clothing that ANY of us has. That being said, here's a snippet of a conversation I recently had with 3yo daughter:

3yo - What is that pile?
Me - Clothes we're going to give away.
3yo - But I like that shirt. It's my favorite! *points to the pile of shirts*
Me - Which one?
3yo - *points to the whole pile*
Me - *picks up random shirt* This is not your favorite shirt. You can't wear this. It's too small for you.
3yo - But I like it! When I lift up my arms, you can see my belly button and I look like Britney Spears!
Me - *speechless*

On the other hand, at least this is the Britney she's referring to:

And not this one: 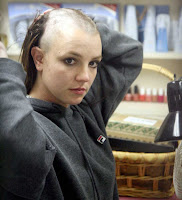 2) I've asked a couple times on Twitter and FB, and now I'm going to throw this out to all my bloggerly friends: Nook Color Tablet or Kindle Fire? I do need to mention that we're planning on purchasing 2 of whatever we get, one for each of the girl kidlets, and before you say we're spoiling them, we've already discussed that they would receive no further gifts from us for the rest of the year AND they have to EARN their usage time. Now then ... any input would be greatly appreciated! I'm so torn! 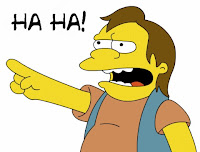 3) So when I wrote random #1, it was Monday and the weather was nice. Then come Tuesday night, Hello Blizzard. It was like Mother nature knew I was excited to see the official coming of spring and decided to give me a big "Ha! Ha!" Now we are back to thawing out again.

4) Been trying to figure out more things that might help the baby bub with his fussiness and eczema. Read about dairy-free, gluten-free and that sparked my interest. Then I had a convo with the pediatrician about it, and he's pretty open to whatever we want to try, but won't allergy test the bub or anything, he's still too little. So I'm wondering if anyone (besides Heather ;) has tried this sort of thing in regards to eczema specifically and not ended up with the benefits because they chose the diet due to other conditions.

5) Over the past few months I've learned a lot about friends vs acquaintances and how often those two get confused. I've also learned that just because you don't share blood doesn't mean you're not family. With that in mind, just because you do share blood doesn't make you family either. I read something the other day that basically said "Some people ask how you are because they care. Others simply ask because they're curious. Don't confuse the two."

I leave you with that little bit of food for thought and hope your weekend looks to be as bright and sunshiney as ours does out here (thank goodness the blizzard is gone!).
Posted by Windy Aphayrath at 6:30 AM 4 comments:

It's been just over a month since my last post. I meant to post more, but I just kept forgetting. And now, things are finally starting to sort themselves out a bit.

With working, parenting, writing, daycare, and sorting general other family things out, I'm exhausted. But the sun will rise again and that means, we've all just gotta keep on trekking right?

Enough whining. So guess what? I FINALLY finished revisions on a project I've been working on for what feels like FOREVER. Really, it's been about 3 years, I'd say. Now don't think that's all. In the midst of revisions on this project, I've also drafted an entire other manuscript, gotten about halfway done with draft 0 of yet one other project, and done some general outlining on about 6 other story ideas. I'd say that's a pretty productive last 3 years.

That being said, I feel like I've not got much to show for it other than lots of word documents on my computer, a lack of blog posts, and some pretty kick @$$ writerly peeps I've gotten to know.

I guess this sort of random, rambly post is mostly me trying to collect my thoughts around what I've gotten done. In the past few months, I feel like not much, but that's speaking only on the writerly stuff. Family took precedence and I think everyone can understand why. But if I look at the writerly stuff for the last few years, I've been pretty damn productive. Gotta take the victories where I can get them!

Sometimes, you gotta take a look at the bigger picture to help get refocused. What's your bigger pictures looking like?
Posted by Windy Aphayrath at 1:00 PM 4 comments: