Utah Locals! Who is EVERBOUND??

I apologize in advance for those who are not local, as I'm not able to run this on a larger scale, BUT if you're one of those lucky peeps who live in Utah, have I got an opportunity for you!

Nope, doesn't even involve a lemon of used car! 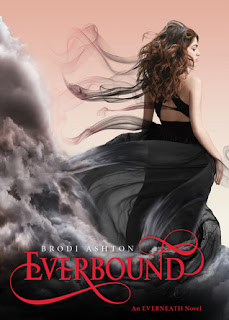 is currently en route to me. Interested? I thought you might be, especially since it's not even going to be published to the masses until January of 2013. By my count, still more than 4 months away!

Here's the deal - if you're interested in signing up for the ARC tour, please fill out the form below and keep an eye out for an email to come with additional details!

How Authors are Like Batman or My Theory on Blogging

I know I've been sporadic in blogging. Life gets crazy sometimes.

Over the course of the past year or so, I've noticed a  wave of change within the blog-o-sphere. Maybe it's just me, but maybe not. Here's what I have noticed:

#1) People are blogging less. Those who used to consistently blog 5 days a week, are down to 2-3, if that.

#2) Topics of blogs are becoming redundant. This could be because of the blogs I'm following? Because these bloggers I follow are now at a different place than they were when I first started following them? Because people have less time to draft new blog posts, so they recycle old ones? I'm not sure.

#3) There's just less going on in the bloggerly world. With Twitter, Facebook, personal websites, Tumblr, GoodReads, Instagram, and everything else out there, I think people are reaching their limits with social networking and trying to stay connected. So they have to draw the line somewhere.

With those observations in mind, here's my theory on blogging:

The landscape of the virtual world has shifted to a point where priorities have to be made. Those priorities are generally chosen based on both audience-reach AND an author's comfort level. Some prefer Twitter or Facebook, others maybe a blog post here and there, but what it comes down to is OPTIONS. Authors are now more like Batman: with a whole arsenal of (interwebzy) tools on their utilty belts.

So really, don't feel pressured to use anything you're not comfortable with, because there are so many to choose from! Pick your tool and use what works for you. 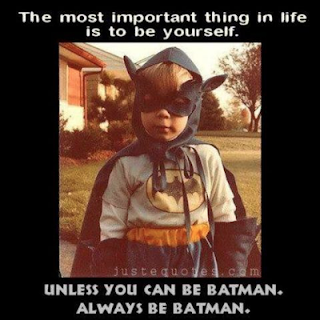 "If you're trying to achieve, there will be roadblocks. . . But obstacles don't have to stop you. If you run into a wall, don't turn around and give up. Figure out how to climb it, go through it, or work around it."