#1. I swear I'm going to be a better blogger. Said me, for the billionth time. This is one of the things I miss most, though, the sharing of randomness of my week. So while I'll try to be better blogging during the week, I'm going to commit to this! I've even decided it needed a new snazzy name, the Weekly Random Rollup. (Okay, maybe not that snazzy...) AKA, stuff that happens that doesn't get its own post and may have been mentioned in 140 characters or less at some point during the week.

#2. I owe you guys a post on my recent travels. Mostly so I can share the beautiful stuff I saw while I was on the road traveling for #dayjobtrip. And I've recently been on the road far more than I like, but hopefully as we ease into the summer, I can spend less time on airplanes. We've already talked about how this year's summer plans include a big fat STAYcation. There's no place like home! Anywhere cool you've been recently, or are planning to go this summer?

#3. Over the last couple of months, I've been to so many awesome book signings in SLC! Nichole Giles, Sara Zarr, Margaret Stohl, Stephanie Perkins, Ally Condie, Shannon Hale, Natalie Whipple, and Elana Johnson! They are wonderful to meet and if you ever get a chance to see them live, you need to go! This is one of the (many) reasons I LOVE living in a writerly mecca! 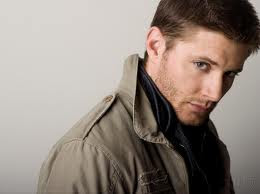 #4. Supernatural has recently, like in the last year, become one of my fave shows. One of the reasons it took me so long to watch is because I'm totally chicken when it comes to things ghosty and haunting related, so it took weeks, WEEKS, I'm telling you, for me to make it through the first episode. But Dean Winchester was there, encouraging me to overcome my fear every step of the way. Oh, that smolder... 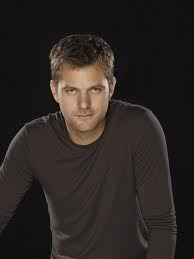 And now that I'm (im)patiently waiting for season 8 on Netflix, I've started watching Fringe. Which, to be honest, is like the slightly unbelievable and probably highly unreasonable scientific explanations for anything that would've happened on Supernatural. Plus, yummy Peter Bishop with his witty and sarcastic remarks definitely makes you want to believe.

#5. I cannot believe it's July already. JULY! How has this year flown by so quickly? I feel like we've seriously not done enough in the first half of the year and are going to spend the second half of the year making up for it! Does anyone else feel that way?

We're off to find things to fill the weekend! Have a great one, all!!
Posted by Windy Aphayrath at 7:30 AM